Aryaloka is located on the lands of the Peskategwa watershed in N'dakinna, the traditional lands and waterways of the Abenaki, Pennacook and other related Wabanaki Peoples past and present. We acknowledge and honor with gratitude the land itself and the people who have stewarded it throughout the generations for thousands of years from the beginning of time.

Yet the alnobak are still here –

“We were not all killed off by disease or warfare and did not disappear with the colonization of this country. Many of us became the individual fibers of the weave that made the cloth of the United States and Canada. We are among you, working beside you in all walks of life. Unless we told you who we were, you would probably never know us.” – From the Cowasuck Band of the Pennacook Abenaki People website

We invite you to know of their pain and endurance, to learn more of their spirituality, traditions, history and current lives. We invite you to express gratitude for this land, and to care for it with wide-open hearts and eyes. Visit these websites to learn more and to donate: cowasuck.org and indigenousnh.com

Aryaloka was founded in 1985 when Manjuvajra, an Order Member who had relocated from the UK, signed the lease for 14 Heartwood Circle. The domes were purchased from the builders, Berri and Naoto Inoue. The domes had previously been used as personal residence and alternative school. Manjuvajra had been living in Boston, running classes in Buddhism and meditation. He, along with some other Order Members and some new American practitioners, had already started the momentum of Buddhist spiritual community in New England, and the purchasing of Aryaloka helped to intensify and guide that growing momentum.

Initially Aryaloka was a retreat center, residential community and Right Livelihood project. Several men lived at Aryaloka, led retreats and classes, and worked in the woodshop. The first members of the community lived in the domes in the rooms below the yoga room. In 1993, the barn (Akashaloka) was renovated and used for the residential community space, freeing up all the rooms of the domes for use on retreats. Currently, the entire facility is used for retreats and Aryaloka is run as a RIght Livelihood project with a few employees and many dedicated volunteers.

Over the years Aryaloka has hosted many visiting teachers from the Triratna community, including Triratna’s founder, Urgyen Sangharakshita (1925-2018). The history of retreats, workshops and other events at Aryaloka has created a rich tapestry of Buddhist practice and lifestyle in the Seacoast Region. The Buddha’s Threefold Way of Ethics, Meditation and Wisdom has been explored in numerous ways, along with themes from the great Mahayana and Vajrayana texts, ritual and devotion, archetype and myth, the arts, yoga, tai-chi, hiking and snow-shoeing, vegetarian/vegan cooking, non-violent communication and various forms of social engagement.

Most of the early participants of the Aryaloka project have moved on to other things, yet many local Buddhists who had their start in activities in or around Aryaloka, are still involved today. Over the years, many people have dedicated their energies to running Aryaloka. It has been a community effort that has allowed for hundreds of classes, retreats and other events to take place. These various gatherings have enriched the spiritual lives of thousands of people in the Seacoast Region and beyond. Initial contacts made at Aryaloka led to Triratna centers or groups forming in Portsmouth, Portland, Lubec, Boston and NYC.

Follow this link for a more detailed history that was compiled for Aryaloka’s 25th anniversary celebration: [Aryaloka Buddhist Center: A Historical Perspective, 1985-2010] 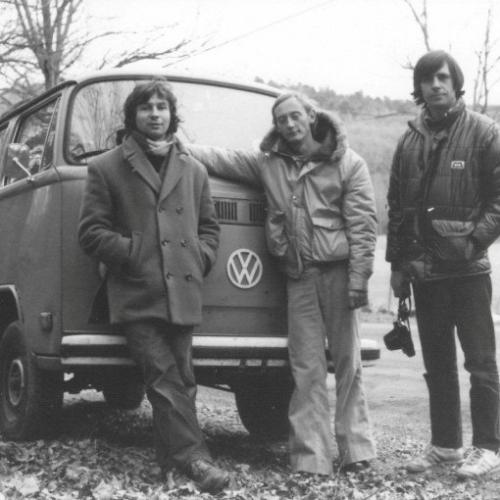 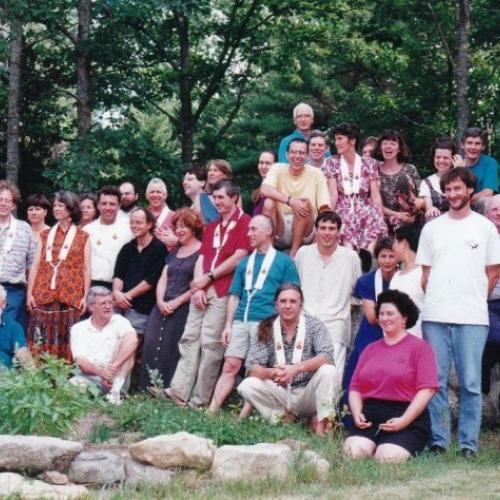 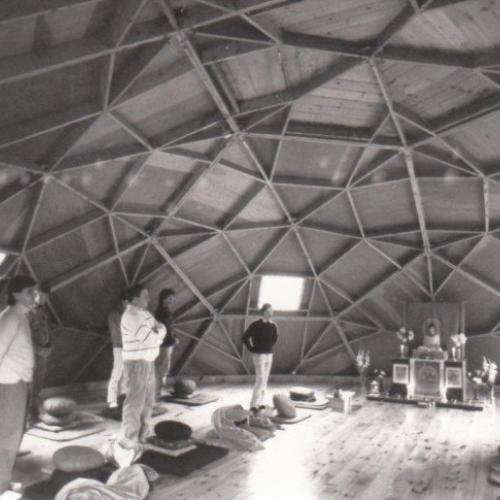 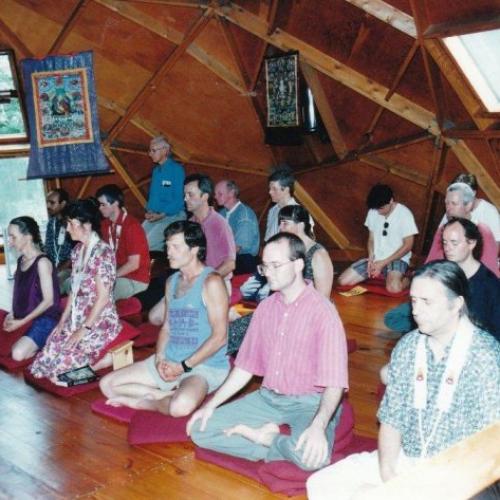 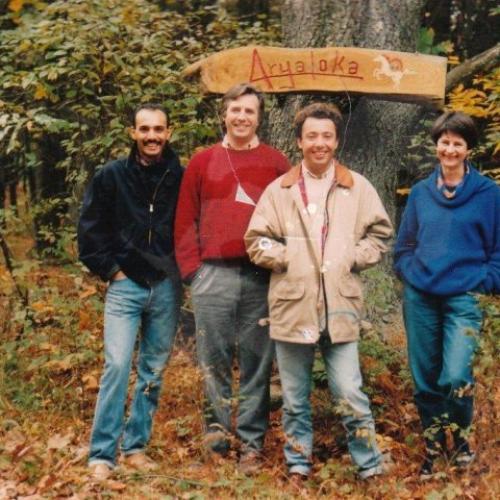 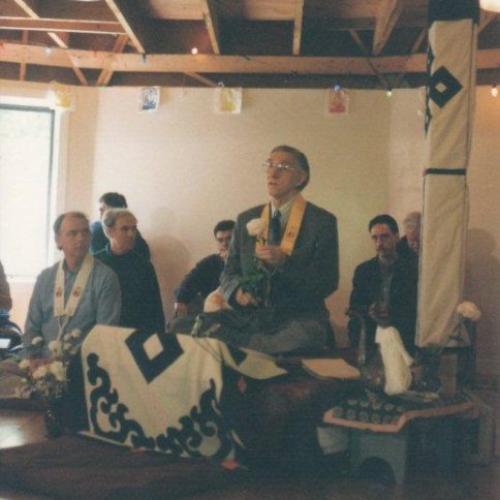 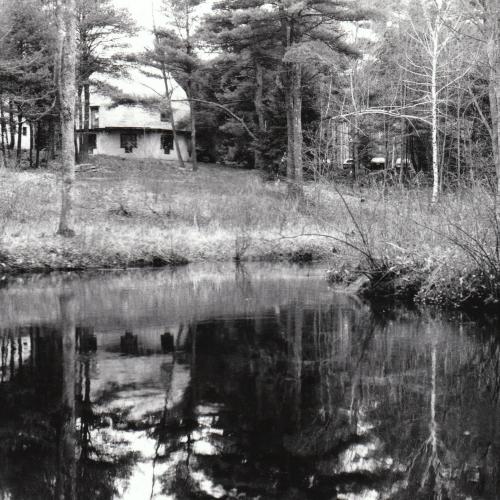 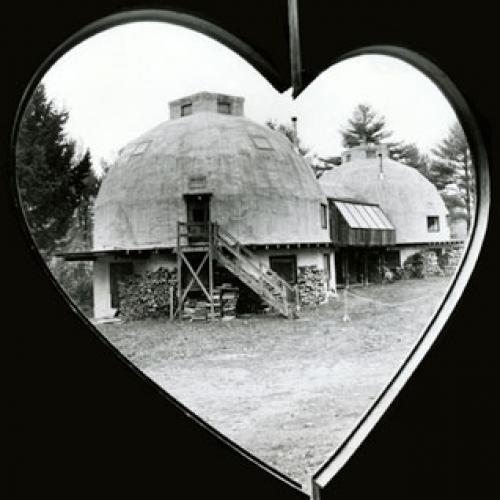