Dayalocana first came to Aryaloka Buddhist Center (ABC) in January 1989 through a class on meditation and Buddhism taught in Concord, New Hampshire, by Manjuvajra, an Order Member of the Friends of the Western Buddhist Order (the FWBO), which was the predecessor of the Triratna Buddhist Community (the TBC).  Manjuvajra invited the class to attend a day retreat on Padmasambhava at ABC, and Dayalocana has been attending ABC events ever since.

After a few years, Dayalocana had a mitra ceremony following an inspiring weeklong retreat led by Nagabodhi on The Bodhicaryavatara.  In 1992, Dayalocana requested consideration for ordination into the FWBO.  Sanghadevi was her private and public preceptor.  After several years of preparatory retreats and study, Dayalocana traveled to Tiratanaloka, the women’s ordination retreat center in Wales, where she was ordained in June 1995 by Sanghadevi and given the name “Dayalocana,” a Sanskrit name meaning “eyes of kindness, compassion, and mercy.”  Dayalocana took White Tara as her daily meditation practice.

A great delight of Dayalocana’s study and practice with the TBC has been the diversity of teachings available from all three yanas.  The Dhammapada, with its straightforward expression of the Dharma, remains a reminder for her of the benefits of daily practice and mindfulness.  The sutras of the Mahayana appeal to her imagination and inspire and guide her to look beyond the mundane.  She is touched especially by the life and teachings of Atisha and is grateful for his advice on transforming the mind, thereby freeing thoughts from self-centeredness in order to develop more loving kindness, compassion, and wisdom.

Dayalocana has known many people in the TBC who have shown great devotion to their personal practices, along with great determination, often in difficult circumstances, to share the Dharma with others.  These people are inspirations and supports for her, whether from afar or nearby.

Upon experiencing the Dharma and its benefits for the world, Dayalocana could not turn her back.  She wants to help at ABC in any way that she can so that others also may have the opportunity to transform their lives, experience beauty, and practice with friends.  For these reasons, she happily helps with what is needed to keep ABC available for Buddhist practice.  Over the years she has done many things as an Aryaloka volunteer – for example, teaching, administrating, precepting, leading retreats, and construction.  At this juncture she keeps bedrooms clean, does laundry after retreats and replaces it on beds, tends gardens, and now and then paints walls and floors.  Her generosity as a volunteer is inspired and motivated by gratitude for what she has received and is receiving from and through ABC and the TBC. 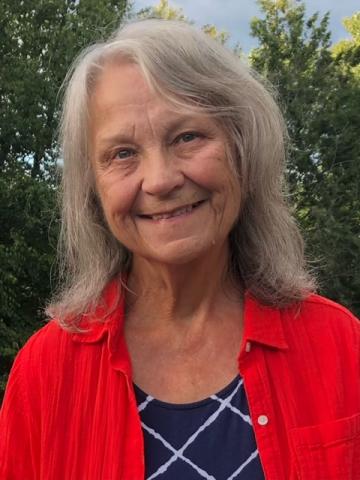