When Roddy Cole first visited Aryaloka Buddhist Center (ABC) in 2015, she knew that something shifted inside of her, but it was hard to define because she wasn’t sure what she was searching for or even clear what her questions might be.  But that first visit was like a balm, and she continued to return to ABC on Tuesday evenings and participated in several ABC retreats.  She became a Triratna Mitra in January 2017.  She loved her first year of mitra studies and looked forward to going deeper into Dharma study with the women’s mitra group.  Mitra training continues to be both enriching and challenging for her.

From her mitra training, Roddy’s favorite text remains The Bodhicaryāvatāra.  She is deeply moved by the beautiful verse of Śāntideva and the sublime commitment to bring an end to all suffering.  She finds her teachers to be endlessly generous with their time and wisdom.

Roddy is very grateful for the structure that the Triratna Buddhist Order (TBO) offers through a path of study.  She realizes that finding this kind of wisdom on her own would have been an enormous task.   The many skilled and generous friends and teachers whom she has come to know through ABC are a constant delight for her.

As a grateful recipient of metta from those at ABC, it was natural for Roddy to reciprocate that metta and become an ABC volunteer.  Caring for the growing collection of ABC plants has been a wonderful task for her, along with serving on the Shrine Kula and assisting in many small ways around ABC for the past five years.  She recently joined the Kitchen Kula to help and learn alongside Singhasuri and finds it a joy to feed others.  Serving as an ABC volunteer is a meaningful way for her to honor the gift of the Dharma that ABC embodies and shares every day. 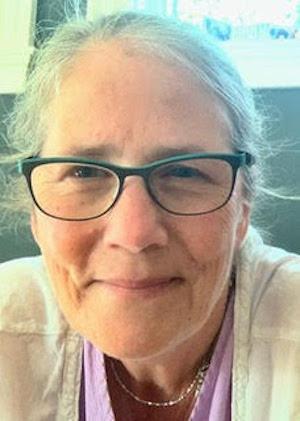