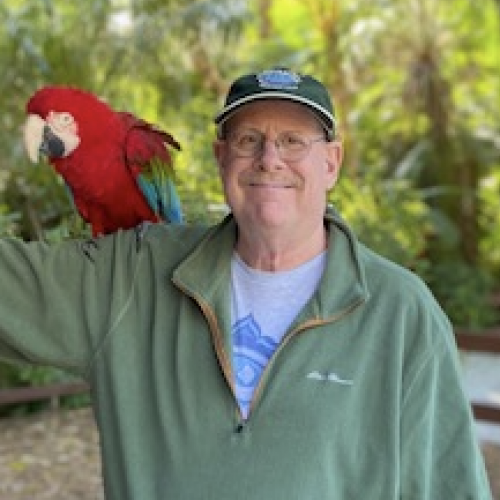 Dharmasukta was ordained in 2018. He has had an interest in Buddhism since adolescence, when he read a book by Alan Watts. He discovered Aryaloka in 2007 and immediately felt a strong connection to the Aryaloka community. After becoming a Mitra, Dharmasukta was asked to join the Aryaloka Board of Directors, which he continues to this day. Dharmasukta recently retired from a 32 year career as a mental health and addictions counselor. In addition to enjoying retirement with his life partner Pam, Dharmasukta spends time at Aryaloka doing what he can to support the Sangha. His Sanskrit name, which was given to him by his private preceptor, Surakshita, means “Song in praise of the Dharma.

Teachers
Board of Directors