Teal Furnholm, sangha member and mitra sister, passed away very peacefully at her home on June 27, 2022. She had lived through cancer more than a decade ago, but it returned in recent years and finally got the better of her.

Teal began practicing with the Aryaloka Triratna Buddhist community while she was in graduate school at UNH, in approximately 2010. After receiving her PhD. in Molecular Biology she moved to California for several years. While there Teal continued to practice. She posted often on Triratna and Aryaloka facebook pages and always felt part of the sangha.  In 2019 Teal moved back to the east coast. Her cancer had returned and she needed to be near Boston for treatment. During these last years she lived with close friends in Rehoboth, Massachusetts. It was these friends who cared for her to the end.

She who was formerly known as Lona Kovacs has become Singhasuri! Her Dharma name means ‘lioness-like heroine.’ Singhasuri was ordained with 17 others at Akashavana retreat center in Spain in the course of a three month retreat. She’ll be returning to us on the seacoast at the end of July.

Thanks to our many volunteers, beauty abounds in the gardens all around Aryaloka. Here's what Betsy Cadbury (one of our valued long term volunteers) had to say about Jackie Lee (a new volunteer): "Jackie is wonderful!!  She rebuilt the little stone wall around the Akasaloka Buddha and planted a purple NG impatiens, and cleaned up the garden by the back stairs and put in 6 begonias.  AND she got a good start on the weeding by the Aryaloka rhubarb stairs! AND she’s coming back!!  Jackie, thank you!  We so appreciate all the help!"

Aryaloka has opened its doors again with measures to prevent the transmission of covid-19, including limiting attendance at retreats and workshops. We are not yet at our pre-pandemic levels so we are needing to make up for lost revenue. Help us make up the difference June 7 and 8 through a special opportunity called NH Gives, a 24-hour giving window for NH nonprofits.

This year you can double your generosity, thanks to a generous match of up to $2,500 from Dharmachari Cittavan. Thank you Cittavan!

Mark your calendars to give June 7, 5pm to June 8, 5pm to support Aryaloka and help us reach our goal of $9,000. Your gift can be matched by Cittavan’s funds, as well as a match form the NH Charitable Foundation and its donors! Potentially, your gift could be tripled!

Would you like to read a transformational book about race, by a Buddhist author, over the summer?

We’re offering opportunities to explore two wonderful works, within supportive online Reading Circles with other Triratna sangha members. And at the end of each cycle, the authors will join us for a conversation!

June & July: ‘The Race Conversation’ by Eugene Ellis is a deeply compassionate book that illuminates why having conversations about race can be difficult, and how we can have more healing encounters with each other on this issue.  Subhuti described the book as ‘ground-breaking’. The author is a mitra and therapist based in the UK. 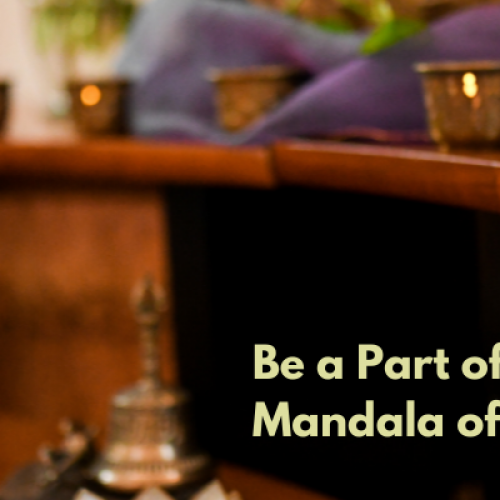 Thanks to the generous support of many Sangha members, Aryaloka offers the Dharma freely to all who come to our center – virtually or in person. Some 100 Sangha members currently pledge their regular support to Aryaloka. Will you join them?

Will you pledge your support and become part of the Mandala of Supporting Friends?

Their generosity is fueled by many reasons. Dharmasukta, one order member, offers his reasons for giving:

A small but enthusiastic team including Craig, Frank, Paul and myself (Suddhayu) spent a day working on the small bridges at the base of the hill next to the Piscassic River.

Paul had a plan and some reclaimed wood, and the rest of us provided the labor. We were able to level and replace old wood on the longest bridge, which is presently flanked by beautiful marsh marigolds. We also lengthened and stabilized one of the shorter bridges that often gets displaced during flood season.

It was wonderful to spend time in the forest along the river with friends, to see the new leaves forming on the trees and the birds flitting through the wild roses and bamboo. We will have another bridge repair and path maintenance day on May 29th after 9:30am — all are welcome!

If you’ve recently been down Aryaloka’s winding driveway, you’ll have noticed that there are several large trees that have been felled and now lie in piles along the side of the driveway. The trees had to be taken down in order to install new utility poles.

Just over a year ago, the garbage truck hit some of the lower hanging phone lines. This resulted in a pause of our trash collection, and a year of phone conversations with three different utility companies to arrange for the lifting of the lines. Basically, neither the phone or the cable company could lift their lines unless the electric lines could also be lifted, and in order for the electric lines to be lifted, we needed taller poles.

Lona, in her service as Assistant Manager, spent hours and hours on the phone with all three companies until finally the project was complete — the garbage truck can now access the dumpster! All of this happened at no cost to Aryaloka. 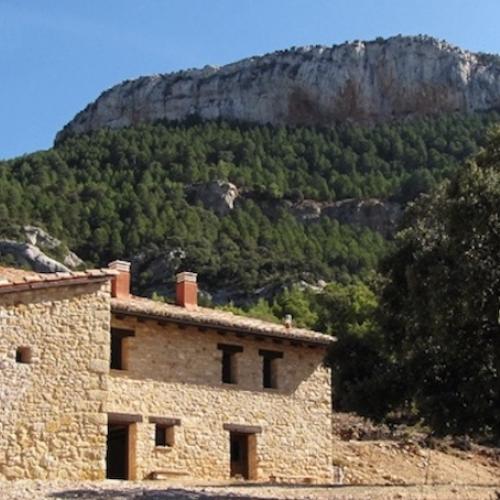 Farewell to Lona, who is leaving this week for a three month ordination retreat at Akashavana in the mountains of Spain! Lona will be ordained into the Triratna Buddhist Order along with 17 other women.

Organizing one’s life to be away for three months is quite a feat, and she could only do it because of the generosity of friends and family. Thanks to all who have supported her in this journey!

Ordination is a deeply meaningful initiation in one’s spiritual life. It signifies a vital commitment to transforming oneself on the Buddhist Path, and an entrance into a community of support with others who are giving expression to the same ideals.

She’ll be returning to us in late July (with a new name!) to resume her work at Aryaloka as kitchen manager and volunteer coordinator.

Join us in wishing her health, safety and inspiration on her mythic journey!